Sometimes, even though celebrities have all the money in the world, they choose to make their relationship official with a small wedding. Whether it’s because they prefer privacy or simply don’t want to spend thousands on their union, these celebs are proving that sometimes smaller and more intimate is better. Here are several famous couples who decided to keep it low-key with a small wedding.

If anyone in the world could have a blowout wedding, it’s these two—yet they decided to host an intimate, simple wedding on the rooftop of their Tribeca apartment.

The marriage ceremony between the model and her Snapchat CEO husband took place at the couple’s home in the afternoon, with around 50 wedding guests.

Australian megastar Margot Robbie and movie director Tom Ackerley, arranged for their wedding guests to gather at various locations and be picked up by buses in order to reach their secret, low-key wedding location. 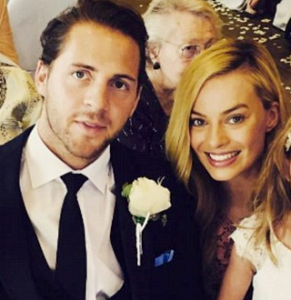 After three years of dating, former actress/fashion mogul Mary-Kate Olsen and banker Olivier Sarkozy chose to get married at a private residence in Manhattan in front of only 50 guests.

When Gossip Girl actor Penn Badgley and sister of actress Jemima Kirke’s sister tied the knot, they decided to do it in a Brooklyn courthouse, surrounded by their family and friends.

World-famous actor and producer Matt Damon and Luciana Barroso chose to have a simple City Hall wedding in Manhattan in order to keep their union out of the papers.

Actress Jessica Alba famously married her producer boyfriend wearing a maxi dress and a ponytail, at a simple ceremony at a Beverly Hills courthouse…on a Monday.

These two—famous actress Kiera Knightley and her musician husband James Righton—married in front of just 11 wedding guests in a French town hall.

Super cute celebrity couple Kristen Bell and Dax Shepard reportedly only spent $142 on their wedding, and got married in a courthouse. Mrs. Bell even wore pants instead of a dress. 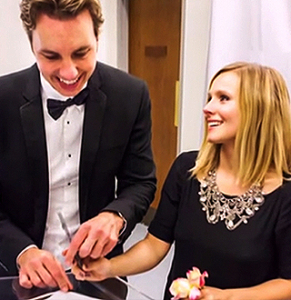 The world-renowned Jennifer Lopez married Marc Anthony in her very own home back in 2004. Guests thought they were attending a regular party—until Jennifer appeared in her backyard wearing a wedding gown.

Again, these two megastars could have had the wedding of the century—but instead chose to be wed at their own home with few guests, with a simple homemade wedding cake.

If you’re planning a low-key wedding of your own, you’ll want an intimate, small wedding venue. At Olivia Restaurant, we host many small weddings within our stylish yet classic space. We offer incredible food and beautiful surroundings for the most romantic and chic wedding receptions. We offer a medium-sized venue that can hold up to 150 guests, or an even smaller wedding venue if you prefer. Contact us to learn more about our spaces and what we offer!

Spacious yet intimate, classic yet modern: Olivia Event Venue is exactly what you’re looking for if you want to host a mid-sized party or business event in style. Our upscale atmosphere, excellent catering, and superb service are sure to impress you and your guests.